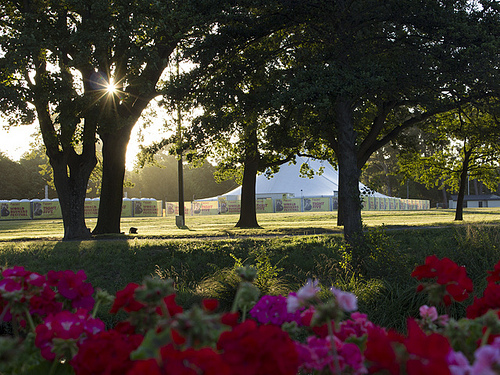 The buskers are here just in time to beat off the back to work blues. 2013 is the 20th year of the popular annual World Buskers Festival and for the next 10 days (17-27 January 2013) expect to hear giggling, chortling and a few snorts rising from Busker Park (aka North Hagley Park). If the roars of laughter coming from the launch at The Press Club last night are anything to go by, this year’s festival is must-see entertainment.

There are numerous kiwi acts including our national treasures, The Topp Twins. You can find their unique country music comedy at Busker Park (Comedy Club & SCIRT Stage) on 17 & 18 January.

NZ’s Rubberband Boy is back! This year in his rubber arsenal is ‘The One Man Band’ – a musical instrument powered by, you guessed it! As well as a telephone, country calendar, target shooting, a pogostick and of course the routine that has made him famous worldwide and earned him several Guinness World Records – the Rubberband Boy will have you in stitches with his sharp wit and ridiculous antics.

Lastly, but by no means least! South African born NZ comic, Urzila Carlson hosts Nothing But Stand Up each night in The Big Top at Busker Park (17-26 January, 7.30pm). Be entertained by some of Australasia’s best comedians with an eclectic array of stand-up comedy.

Check out all 60 acts from 11 countries at www.worldbuskersfestival.com.

The Busker Park bookings booth is open now. It is cash only, but Westpac will be onsite from 18 January providing ATM facilities. Door sales are available on the night, but to make sure you get in, get your tickets earlier in the day.

PopUp City brings you the best of what Christchurch City has to offer after the aftermath of the high magnitude earthquake a few years back.

This blog magazine will give you a glimpse of our city, as it rebuilds itself with the help of the New Zealand people, building together a better and stronger Christchurch.

We invite you to take a glimpse of the new Christchurch, alive, beautiful, and still enchanting as ever!